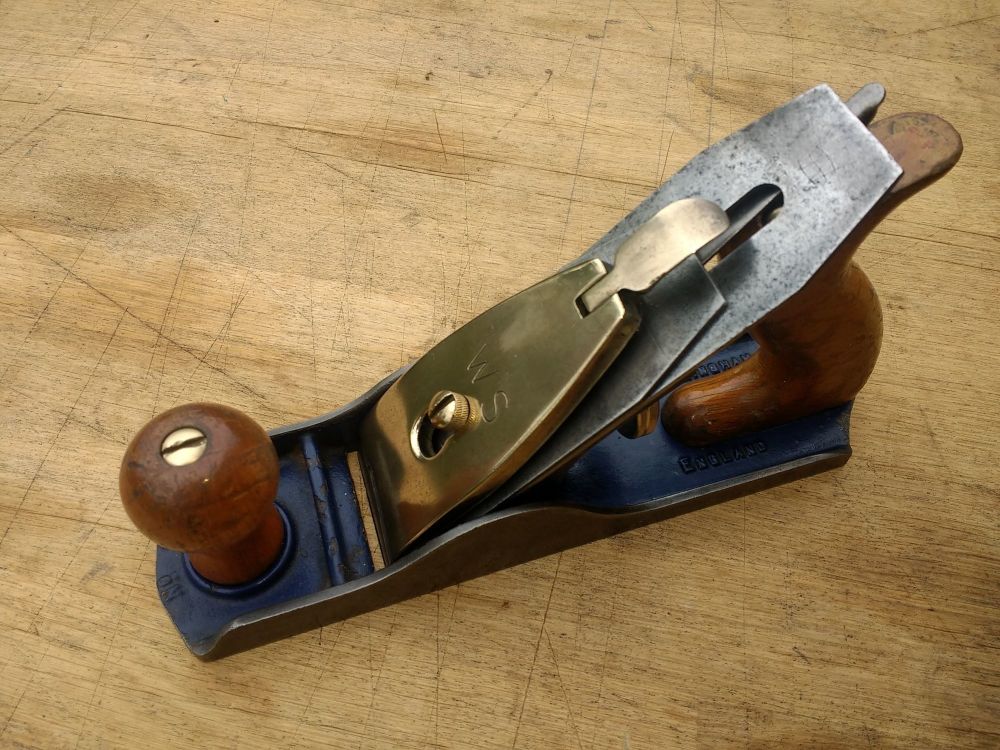 WS Tools (of Birmingham), were bought out by Woden (of Wednesbury) in 1952, and Woden planes later became part of Record (of Sheffield).

This model is a no 4 smoothing plane, which was the first model that they produced.

This particular plane has all the characteristics of being a type 1, that means, it is from the early production years - late 1930's through the 1940's.

Principal feature that makes it stand out from it's rivals offerings, is the Brass lever cap with built in recess at the bottom of cap for making adjustments to the cap iron, neating the use of a screwdriver!

Good clean condition, some slight laquer loss to the tote and knob plus area of slight pitting on the cutting iron where the laminated steel is attached to main iron.