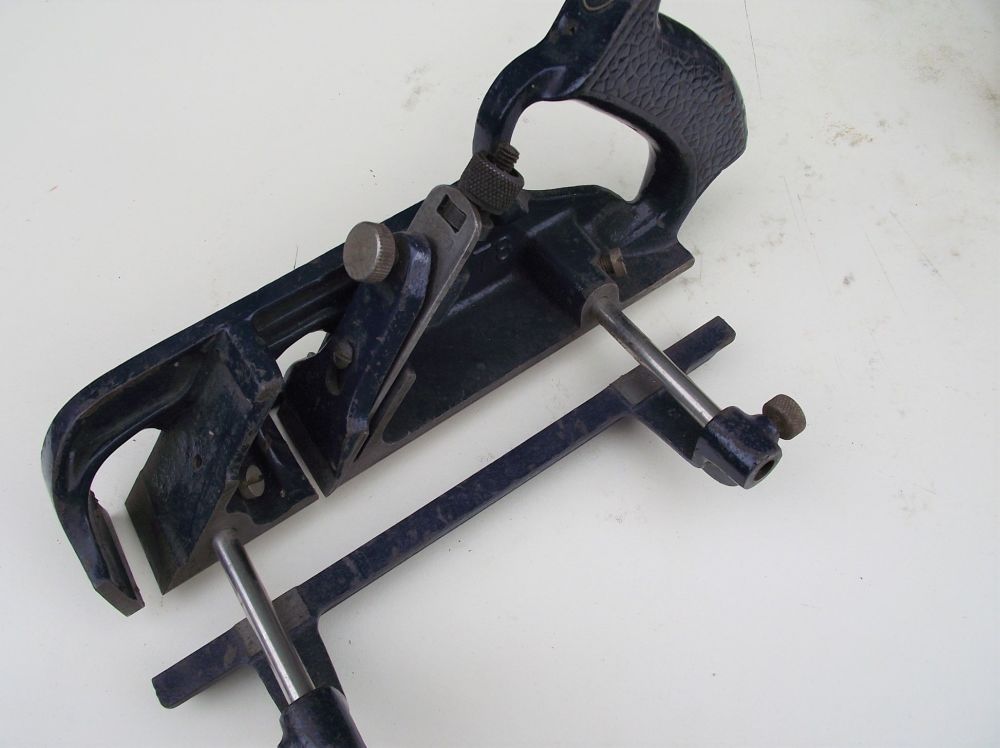 A complete duplex plane with all of its original fittings, leaflet and box (which is a bit tatty!).

Does not appear to have been used much, if at all.

The Record No. 778 was introduced into the Record line in 1959 as a result of C & J Hampton’s acquisition of Woden Tools (The Steel Nut & Joseph Hampton Ltd.), and is a direct descendant of the Woden W78.

Based on the No. 078 Duplex Rabbet Plane, but differing insofar as the W78 featured two fence arms, instead of the one arm offered in the 078

the No. 778 plane has two positions for the cutter — one for ordinary work, and the other for bull-nose work.

It is fitted with a hardened steel spur, an adjustable depth gauge which is removable, and an adjustable fence which can be used on either side of the plane.

This plane is adaptable for many other purposes besides rabbeting when the fence and arms are removed. The base and sides are ground and polished.