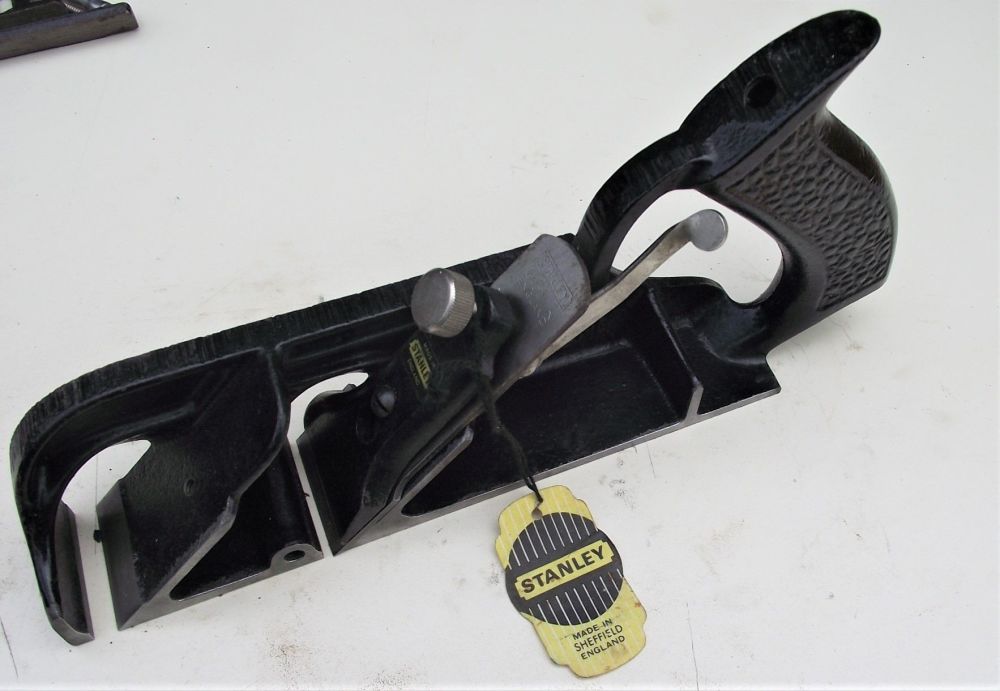 A good example of a Stanley of Sheffield manufactured no 78 duplex rebate plane.

Appears to have had very little, if any, use. With it's box.

Still has the swing ticket that was attached when it was packed at the factory!

Would benefit from some TLC to make pristine.

The fence and depth stop, and all other original fittings.

The plane is designed for adding rebates to wood and is often used by woodworkers in making windows, door frames and various joints.

The plane has a single cutter with two separate blade beds; one at the front end of the plane for bullnose work and the other in the middle for more regular work. The middle bed has a lever adjuster for changing the depth of cut.

It also comes with a detachable single arm side fence allowing the plane to be guided along a piece of wood to give a straight cut. The fence can be positioned either side of the plane.

The Stanley 78 has a single spur to score the piece of wood you are planing making the plane easier and more efficient to use. The 78 also has a depth stop to allow the user to plane to a depth set by the user.