A slightly unusual wooden plane to find in the UK.

A handled,twin iron, stick and rebate, sash molding plane by Gleave of Manchester, made with beech body and wedges. 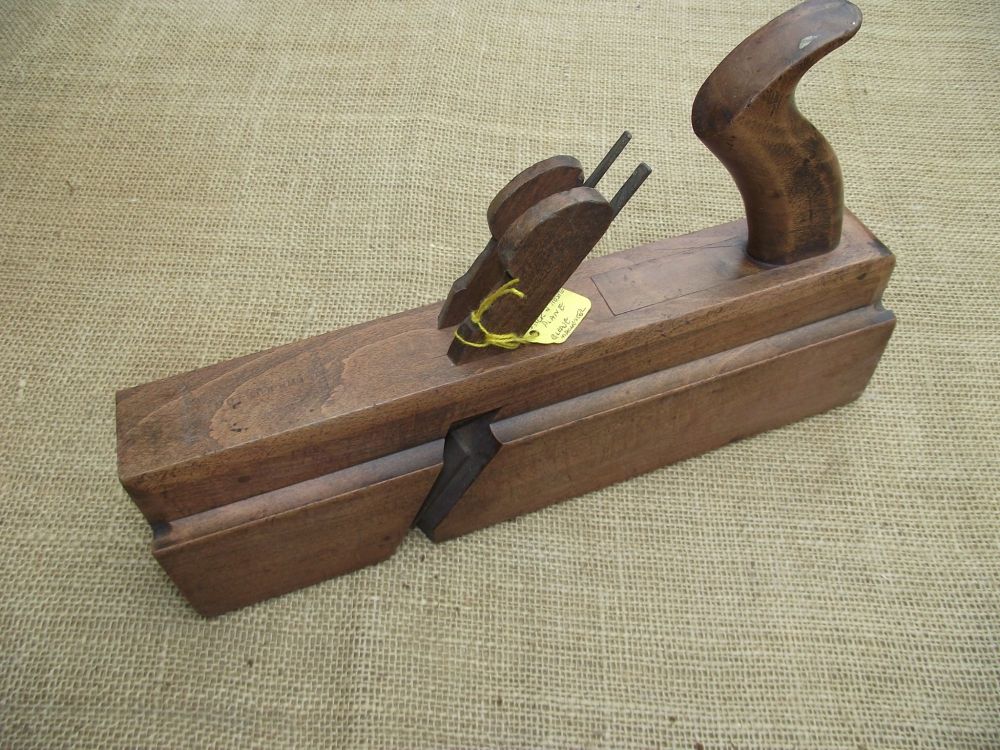 Not often you see these type of planes in the UK, and certainly not in this condition, just as it has appeared from a previous owners toolchest !

A previous owners stamp shows Wm. Horton, struck in several places. Must have been his pride and joy, he has struck it so many times!

In the late 1700's, edge-cutting, sash window moulding planes were developed. Although the rebates were still cut using the sash fillister.

Designed and evolved from the single iron planes, are two, three, or even sometimes four-ironed planes, which cut down from the edge of the bar.

An alternative, and possibly quicker method, to cut the mould and the rebate in one operation

The plane used for this method is a stick & rebate plane. A favoured method in America. 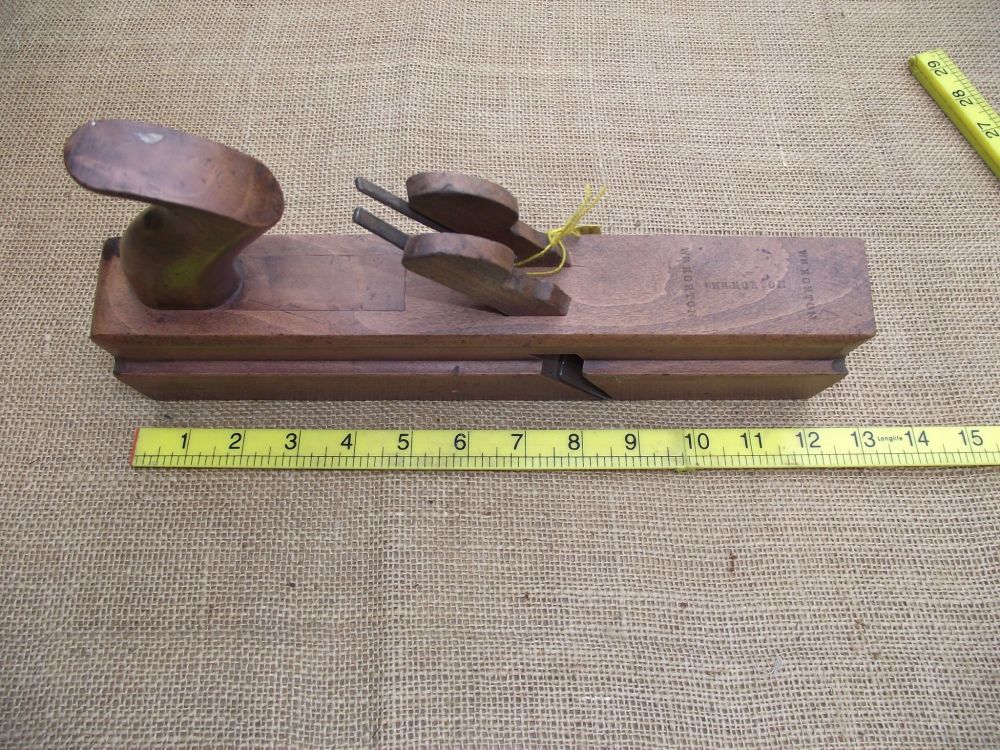 Judged by the number of planes surviving it was not as popular in Great Britain.

But not withstanding, many of the English and Scottish plane maker’s catalogues of the late 19th and early 20th century, such as Edward Preston & Sons of Birmingham, Wm.Marples of Sheffield and Alex. Mathieson of Glasgow, all list stick and rebate planes.