Hollows and Rounds
Hollows and Rounds are the most popular and common moulding planes available.
While the vast majority of wood moulding planes are named after the surface that they cut, there is a little twist to the name  “Hollow and Rounds".
The Hollow planes cut a convex surface, meaning they cut a “round”;  whilst the Round planes cut a concave surface or a “hollow”.
To put it simply, the planes are named after the shape of their own cutting surface, not the surface that they cut. 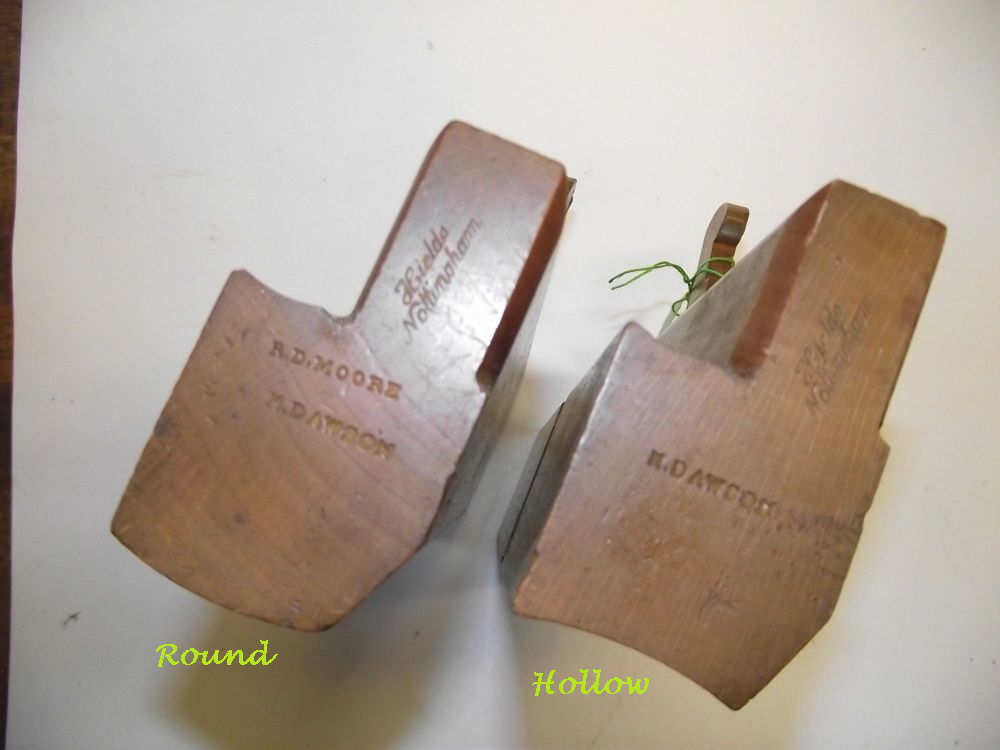 Design:
The most common form of these planes have a 60° arc, or one-sixth of a circle.
The body normally has the escapement to the right hand side, with the left hand side being closed.
If the width of the cutting iron  is narrower than the width of the body, the body normally tapers to their width, on the left hand side.
Hollows and Rounds were not traditionally built with a fence. If you have a plane that has a fence attached, it usually indicates that it has been modified to facilitate a specific task.

Cutting Irons:
British planemakers often made Hollows and Rounds with skewed irons as there was a real benefit to skewing the blade for cross-grain work. 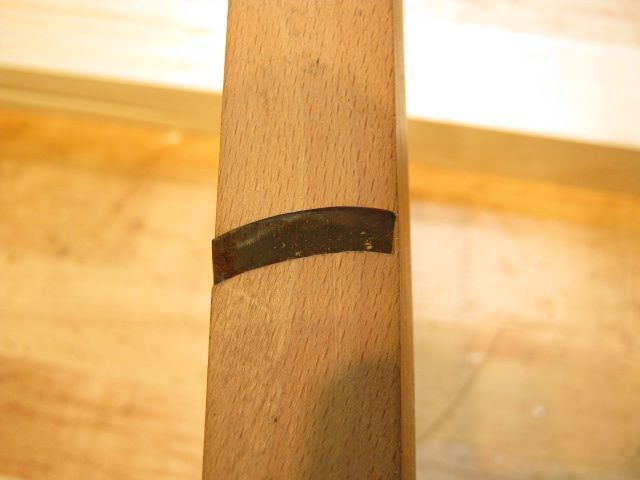 However, non-skewed blades is thought to be the most common configuration, as less time in the making kept the cost of plane lower and more affordable.
American makers felt that there was no benefit to skewing a Hollow or Round blade,  so did not create them for general sales, but offered skewed blades as a special order, usually charging a third more than for those with a straight mouth

Pairs and Sets:
The standard for buying Hollows and Rounds was in pairs, the Hollow of a given size and its mate, the Round in the same size.
Most British makers sold Hollows and Rounds in individual pairs, or as 'half' sets, or 'full' sets.
A 'half set'  was made up of 9 pairs of either odd numbers, or even numbers.
With a 'full set' made up of 18 pairs of both the odd numbers and the even numbers.
American makers offered these planes in three “sets”; the  'half set' with 9 pairs, the 'standard set' with 18 pairs, and the 'full set' that included 24 pairs.

Sizing:
Traditional hollows and rounds cut an arc equal to one sixth of a circle.
Why was this chosen as a standard?
If you take a circle and divided it up into six equal portions, marking off six points on the circle to indicate where they were. Now, connect each point to its neighbor. You have just inscribed a hexagon in the circle. If you then connected each point to the center of the circle, you have divided the hexagon into six triangles which can be proved to be equilateral. That means that the distance between two neighboring points on the circle is exactly the same as the radius of the circle.
In theory, the radius of the circle that a given Hollow or Round will cut, is based on its width.
The width of the plane iron would be the same as the distance between two adjoining points on the circle. So if you wanted to cut a circle of one inch radius (or two inch diameter), you just reached for a plane with an iron width of one inch. What could be simpler? 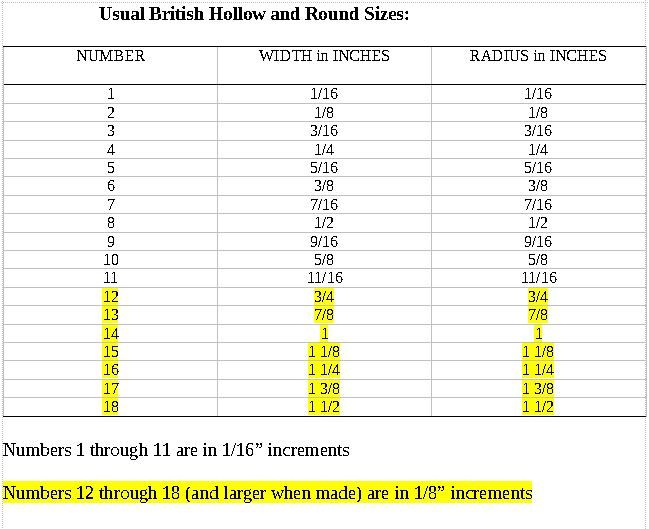 It should always be true that - for the same maker - a bigger number denotes a bigger plane. But what matters, as ever, is the work it does, not a number.

USES:
Hollows and rounds are frequently used together to create complex moldings. Along with a moving fillister and rabbet plane you can make almost any shape of molding.

BUYING:
Things to look for -
Matched pairs are good to have (preferably by the same maker).
Skewed or straight mouth.
Pitch (angle of the cutting iron relative to the surface thatb is being worked).
Makers marks, stamped into the toe of the plane.
Size stamped into the heel of the plane.
Condition of the body, the wedge,  and of course the cutting iron.
A mixture of all the above points will dictate the price of your acquisitions - a plane made by an early or rare maker of the 18th century, that retains its original named iron, in good overall condition (i.e. no woodworm or cracks or badly abused), will always be of greater value than a plane made in the 20th century!